Welcome to the top 25 for 2010 Countdown! Each day we'll countdown, today we continue with number 12, culminating with our (okay, my) numero uno album of the year. When they're handy I'll borrow my earlier reviews from the KC Free Press. Sometimes, I'll need a new review (or revised, actually, from the "R" blog) like this one! 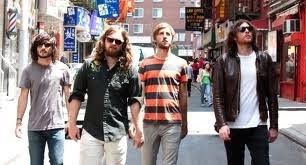 Reverberating: 9.0
Posted by Unknown at 7:20 PM No comments:


Welcome to the top 25 for 2010 Countdown! Each day we'll countdown, today we continue with number 12, culminating with our (okay, my) numero uno album of the year. When they're handy I'll borrow my earlier reviews from the KC Free Press. Sometimes, I'll need a new review like this one! 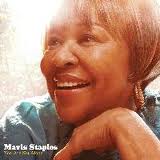 Mavis Staples was one of the voices of civil rights, black pride and social liberation in the Sixties and Seventies. From their first recordings in the early Fifties on United, released when Ms. Staples was a teenager, through the self-titled finale in 1985, she was the voice of one of American’s musical treasures, the Staples Singers. Her father, Roebuck “Pops” Staples, an inextinguishable spirit and quiet guitar hero, passed in 2000, effectively ending the group’s fifty-two year run.
At seventy, the voice and spirit of Mavis Staples are undiminished. Her deep soul and legendary sound have attracted innumerable producers, including Prince and Ry Cooder. None have served her better than Jeff Tweedy. For Staples’ new release You Are Not Alone, the auteur behind Wilco wisely followed the producer’s equivalent of the Hippocratic Oath – first do no harm. With a singer of Staples’ depth all you need is the right songs and musicians in tune with her message. Tweedy found them. There’s no instrumental flash in these performances, but Wilco’s Pat Sansone on keyboards and ace blues guitarist Rick Holstrom (he made some great sides with the harmonica ace Johnny Dyer) provide the kind of playing that manages to be supportive and distinctive at the same time – no mean feat on music so supple, but lean. Singers more often associated with the “American” genre, Nora O’Connor and Kelly Hogan, couldn’t be better as supporting vocalists.
The songs that Staples and Tweedy have selected for You Are Not Alone come from tried and true sources like Staple’s father Roebuck, the gospel songwriter Alex Bradford, Jr. and the blues/gospel titan The Reverend Gary Davis. They also come from more contemporary writers like John Fogerty, Randy Newman, Allen Toussaint, and Tweedy himself. Staples is always at her best when she’s singing close to home. Her home turf is gospel, and unlike Sam Cooke and others who brought gospel feel to popular music, Staples has never really crossed over. While her sinewy blues feel makes the Lord’s work sexy, Staples isn’t a truly secular singer; her vision is always informed by a gospel-fueled righteousness, a sensibility that invariably returns to issues of equality, justice and compassion. Tweedy’s title song is perfect – steeped in gospel soul, but offering a new, poetic twist on the genre. John Fogerty’s “Wrote a Song for Everyone” isn’t overhauled so much as inhabited by Staples’; this is a song Staples feels deep in her bones. Only Toussaint’s “Last Train” sounds a trifled strained, the wacky Nawlins rhyming slang sounding just outside of Staples comfort zone.
You Are Not Alone is a tremendous addition to the distinguished career of the great Mavis Staples. Jeff Tweedy’s attuned, sympathetic production helps make it a durable listen. I’ve been putting this record on practically every day since its release. Believe me, it wears well. This is music that’s broken in, like an old leather jacket – tough, but comfortable.
Reverberating: 9.0
Posted by Unknown at 9:43 AM No comments: