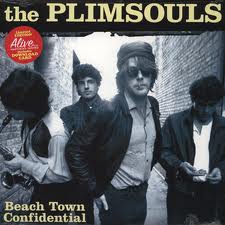 Peter Case of the Plimsouls never cared much for the power-pop label. And while the Plimsouls were contemporaries with bands lumped into the punk category the band never self-identified as punk. Of course among their late Seventies/early Eighties peers in the Los Angeles scene there were bands as diverse as X, the Zeros, the Dils, the Germs, and the Alley Cats – all of whom were categorized as punk, only begging the question: what is punk anyway? And its corollary: who cares?
After a decade that spewed forth everything from prog-rock to Malibu singer-songwriters to disco, all the above were rock ‘n’ roll bands. Their shared commitment was to high-energy performance and direct, concise songs. And if energy and succinct songs were the criteria, few bands did it better than the Plimsouls. Their sub-genre inspirations ranged from Merseybeat to rhythm ‘n’ blues to freak-beat. I suppose they got the power-pop label laid on them because they had raw drive (power) and they didn’t sound like unskilled, unschooled half-asses (pop). So, there you go.
They had all the classic elements necessary for rock stardom (songs, looks, etc.), except the Seventies shifted that celestial alignment (see prog-rock, Malibu, disco …) forever. The dream of a universal rock language, the one that cemented the popularity and the legacies of everyone from the Beatle and Stones to the Kinks and the Who had already collapsed into a tower of FM-babble by the time that Big Star, the Flamin’ Groovies and the New York Dolls had all (relatively speaking) flopped.
Read more »
Posted by Unknown at 11:29 AM 1 comment: 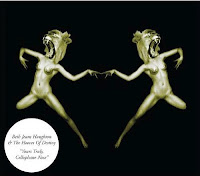 Okay, that preface was provoked by my experience with Yours Truly, Cellophane Nose, the debut full-length album from a twenty-one year old artist from Newcastle, England named Beth Jeans Houghton. She and her band the Hooves of Destiny make music that forces you to hear it on its own terms. Comparisons I’ve read of Houghton’s music to artists like Nico and Laura Marling left me wondering if I was listening to the same record. Houghton's soprano, by turns breathy, piercing, sweet is an altogether different instrument compared to Nico or Marling's altos. Nor are her songwriting and arranging tendencies especially similar. Another frequent comparison, to Joni Mitchell, makes some sense. And that presented a bit of a conundrum because I’m not much of Joni Mitchell fan, and I really enjoy YTCN. Proving only that art I’m not nuts about can inspire art I dig.
Read more »
Posted by Unknown at 6:03 PM 1 comment: 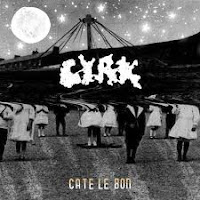