The Countdown Continues with No. 5, PJ Harvey 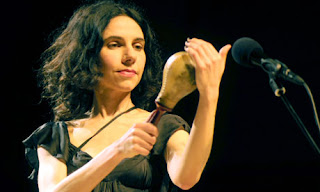 At No. 5 we have PJ Harvey and Let England Shake (Vagrant). This is a timeless piece of work from one of the finest artists or the present era. REVERBERATIONS reviewed Let England Shake in March. Here's that review:
http://stevemahoot.blogspot.com/2011/03/pj-harvey-let-england-shake-vagrant.html


Be sure to enjoy the video featuring PJ and Bjork's rendition of "Satisfaction." It's a stunner.
Posted by Unknown at 9:50 PM No comments: