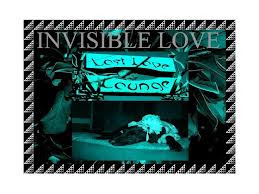 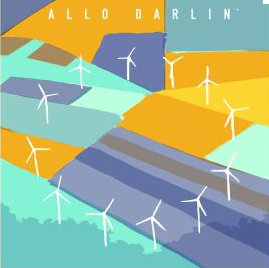 In the Eighties a generation of kids raised on punk, stirred by its independence and spunk, turned inward, knowing they were not emotionally suited to punk’s more aggressive/transgressive qualities. Moved by its amateurs-having-a-go tendencies, by dispostion they gravitated toward kinder, gentler sounds - British folk, Merseybeat, Bacharach-ian pop craft, jingle-jangle, and girl-group sounds.

At its worst this trend produced mewling drivel; at its best it gave us the Smiths, Orange Juice, Josef K, the better parts of NME's C86 cassette collection, and the sweeter offerings on the Sarah label. Beyond all that, it was an aesthetic that permeated much of the era, including some of the gentler moments of noise merchants like My Bloody Valentine, Stones Roses (tracks like “Sally Cinnamon”), and much of the Byrds-smitten works of bands like Go-Betweens and the Church.

Which leads us to Allo Darlin’. Based in London, Allo Darlin’ are clearly children of this Eighties indie aesthetic.. They are also fellow travelers with contemporaries like the Lucksmiths, Camera Obscura and to a lesser extent Belle And Sebastian. On their second album Europe they sound like a band arrived.

Australian born singer-songwriter Elizabeth Morris is breathy, but assertive. More of a rocker than Camera Obscura’s Tracey Anne Campbell, she has a similar voice and phrasing. Her lyrics are ‘dear diary’ stuff, but their sunny, sanguine qualities are sensible and sharp, while her melancholy is poignant, seldom indulgent. Combined with the band’s blithe, follow-the-bouncing-ball big beat it’s, well, just plain charming. Guitarist Paul Rains throughout is an understated master of all that makes this sort of winsome rock fetching. Bassist Bill Botting and drummer Michael Collins are driving, spare, and right there. Elizabeth Morris as singer and lyricist is the soul of the band, but these gents are its all important bones and skin.

Morris is besotted with a bittersweet nostalgia. In “Neil Armstrong” she dreams of a “simpler time.” The Dylanesque “If You Gotta Go, Go Now” chord changes cheerily undercut any possibility of the maudlin, and reinforce Morris’s meditations. The track features a lovley mix of Rains' twelve-string and Morris's rhythm ukelele. Personal nostalgia also underscores “Europe” (“haven’t felt this way since 1998”); here, Morris has some of the strong, but wistful quality of Bettie Serveert’s Carol Van Dyk, as the band reprises the Smiths gossamer guitars; the song fading over strings and hand claps. A Marr-ish sensibility also informs “Northern Lights,” a busker romance about “the sound of lines drawn in the sand.” ‘Lights” has an assertively awkward charm that evokes classic Modern Lovers.

Melancholy married to romance abounds on Europe – on “Wonderland” Morris sings that “the world is ending, but I'm with you and I don’t care.” The band makes folk-rock gauze that spins visions of lonely overcast days, as seductive as it is sad. Rains slips a nifty quotation from the Beatles' "I Feel Fine" into his gorgeously arpeggiated rhythm work.
Read more »
Posted by Unknown at 2:16 PM No comments: