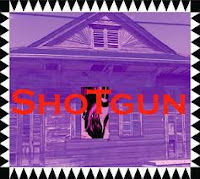 On lighter moments like “Entitled to Love,” a loping, lascivious, bluesy shuffle, Andrews rhymes Hunn’s playful swoon/poon couplet with a wink instead of a smirk. Like his old band mate Nick Lowe, Bob Andrews knows how to deliver a lyric without ostentation, but unlike Lowe, Andrews’ humor is drier and sometimes more compelling. Conversely, there’s an earnest, yearning quality to “Around the Corner” that’s disarming in its sincerity as Andrews stretches his range. And the songs’ “Soul Deep” groove is the perfect vehicle for the lyric. Equally sweet is “Only Lovers Do” - equal parts Lou Reed and Billy Swann, it makes a perfect, gently rocking conclusion to Shotgun.


It’s Bob Andrews’ sheer, supple musicianship that carries Shotgun. Those who know his work recognize him as one of the best keyboard players in rock, equally adept at organ and piano.  But it’s his rhythm guitar that anchors these tracks. He’s learned from the best, reflecting the influences of everyone from John Fogerty to Keith Richards (throughout), from Slim Harpo to the aforementioned Mr. Reed.  His driving rhythm work powers the title track, with its Creedence meets Stones choogle, and “Put Out or Shut Up,” a brash rocker that connects the dots between Chuck Berry and the brash distortion of punk, while turning both “Last Train to Clarksville” and “The Last Time” on their ears.

Not the biggest Lou Reed fan, Andrews was convinced by his co-writer Hunn and his lead guitarist (the sharp, consistently incisive player Alex McMurray) to listen to Reed’s New York record.  Andrews sounds like he absorbed the split, sprung Reed rhythmic sensibility on “I Knew It Was Wrong,” McMurray adding a gorgeous solo, and Andrews’ piano playing evoking the delicate power of Nicky Hopkins. Reed’s way of breaking up time is evident on “Local Lover” as well, Andrews’ rhythm guitar dancing between the Reed/Richard influence and subtle subversions of Major Lance’s “Monkey Time.” On “Black Alligators” Andrews provides a sinewy guitar line, recalling Roebuck “Pops” Staples, as Johnny Sansone’s bluesy harp weaves in and out of Andrews’ organ lines, which combine the Hudson’s ethereal quality with something eerily evocative of Bitches Brew.
Shotgun’s straightforward, soulful, rocking performances betray depths that only emerge with repeated listening. Many of the musicians on Shotgun play a just a little against type, bringing their experiences with New Orleans complex gumbo of rhythm ‘n’ blues and funk styles to Andrews’ quintessentially rock ‘n’ roll sound. Bassist Cornell Williams and Jermal Watson on drums anchor these sessions with rock drive and subtle funk inflections. Sansone on harmonica is Little Walter goes Greek chorus, calling and responding to the tenor of the songs, while Calvin Johnson wails on sax like the great Lee Allen.

Shotgun is available on compact disc. It’s also available in combination with a book of the same name authored by lyricist Robin Hunn. The book has its own quirky charm and reinforces the story implied in the songs. Information and order details for Shotgun in all its manifestations are available at http://www.shotgun2012.com/.

If you need your ex-girlfriend or ex-boyfriend to come crawling back to you on their knees (no matter why you broke up) you have to watch this video
right away...