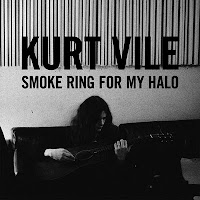 Starting today, and culminating with REVERBERATIONS number one album of the year on December 31st (if my math is right), we’ll be counting down the top twenty-five records of 2011. I’m referring to this countdown as Twenty-five Faves because I have no pretenses about telling you what’s “best.” Sure, I think my taste is better than yours. But nobody died and made me Lester Bangs. And Lester could be arrogant, but I kind of think he would come down on the favorite side of the fave/best dichotomy. His criticism was nothing if not personal.

My introduction to Kurt Vile was as Adam Granduciel’s chief cohort on Wagonwheel Blues a quietly mesmerizing album by Granduciel’s band War on Drugs. With lush guitar atmospheres that straddled genres and generations, Wagonwheel Blues had vocals that sounded like a mixture of Neil Young and Jason Pierce (Spaceman 3). The songs were good enough to emerge from the fog of the music, but sometimes you didn’t care if they did.
Read more »
Posted by Unknown at 6:19 PM 1 comment: