The Countdown Continues with No. 6, Raphael Saadiq 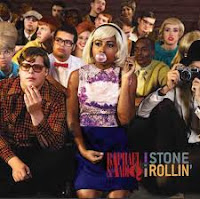 Reading the wealth of review material on Stone Rollin’, the 2011 release from Raphael Saadiq, I have been impressed by the ability of the contemporary critic to talk in complete circles. Saadiq’s work is categorized variously as new-soul, nu-soul, retro-soul – everything but soul. Well - it’s soul music, people. And let’s face it; most of these categories have more historical and marketing significance than musical. Soul itself was a nomenclature that spoke to a new generation of black artists and their audiences in the Sixties, and how they saw themselves. But there wasn’t one note of soul music that didn’t derive from what chart compilers and music merchants previously called rhythm and blues.
The sad fact is that too much of the music found on the Urban (more tinkering with language - with vague, but miniscule cultural resonance) in the last twenty years has sounded like it was recorded by a lost generation who never heard Sam Cooke, Aretha Franklin or hell, even the Ohio Players, but instead mysteriously ingested a cd-r of Roger Troutman’s complete exercises for Talk-Box. Talk-Box’s modern cousin the Auto-Tune has all but destroyed what’s left of contemporary chart music. It’s a wasteland. Oh it’s a wasteland dominated by black performers, but it’s a fool’s paradise – few of these performers build careers. They are pop fodder as surely as the plague of Bobbies (Vee, Rydell, etc.) was in the pre-Beatles landscape of Sixties pop music.
So, of course critics are stymied. Raphael Saadiq’s music derives from a long, strong continuum of black popular music. You can hear mythic strains of Fifties, Sixties and Seventies sounds – great black popular music, a music that built pride in the African-American community and entertained the whole damn world. Call it whatever you will.
Read more »
Posted by Unknown at 10:48 AM No comments: