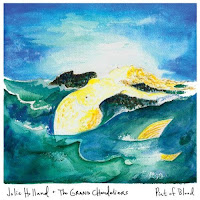 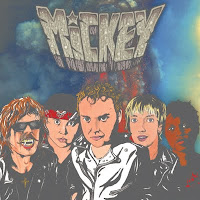 Mickey is a rockin’ little band from Chicago on the sweet indie label, Hozac. Mickey rocks. I’ve seen some video on these guys. And let’s just say they’d make a helluva band for your next house party. Unless you own the house. If it’s your property, ya might wanna think twice.


But hell, get these Mickey boys in the studio and they clean up real good, without losing any of their essential piss and vinegar. You see, Mickey has triple-hyphenated power. They ain’t just pop-punk. Or power-pop. Nosiree Bob, they are power-pop-punk (with a touch of glam, too). The punk part is easy; mix two parts energy with equal parts don’t give a shit. The pop part? Well, that takes a little finesse. And combining the two is harder to pull off than you might think, especially without one “P’ short-sheeting the other. And then to do it all with rawk authority (i.e.  p-o-w-e-r). Not easy. The Buzzcocks did it. The Vibrators. Undertones.  Add Mickey to the list, kids.

Robert Pollard - Lord of the Birdcage (Guided By Voices Records) 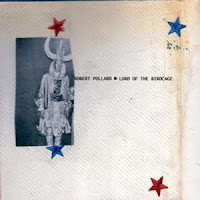 Robert Pollard shreds any previous conceptions of the prolific. It’s possible to argue that his output has been prolific to the point of excessive. I tried once to compile a list of all of the albums (to say nothing of the odd seven-inches, eps, etc.) that Pollard has produced, either as solo artist or as a member of Guided By Voices, Boston Spaceships, the Lifeguards and a number of other ensembles. I gave up. It’s mind-blowing, nonpareil – with the possible exception of John Zorn.
Perhaps his output might have been more brilliant had he been more focused and self-editing. While indie-philes, protectors of their lo-fi underground legacy might object, Guided by Voices were possibly at their best when they signed to the quasi-major label TVT and worked with producers who did more than roll tape and nod their heads (Ric Ocasek for Do the Collapse, Rob Schnapf for Isolation Drills). Sure, Bee Thousand was awesome. And the several records that GBV cut for Matador, before and after their TVT stint, were often terrific and contained some of their best songs and performances. But I would suggest that Isolation Drills, in particular, was not just a great indie rock record, but a world class rock ‘n’ roll set. And there’s a difference - the former can reach an audience primed to respond; the latter can seduce the casual fan. Of course their fan base expanded only incrementally during their TVT period. And Pollard, the kind of guy who likes to keep working, clearly began to envision a future, not unlike the very early days of GBV, in which he could work as much as he wanted and release whatever struck his fancy. He’s done so on his own Guided By Voices label and on a variety of one-off and short term deals with labels. He’s worked fast and furious, almost compulsively.
Read more »
Posted by Unknown at 2:08 PM No comments: 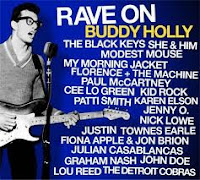