In previous years Reverberations conducted a marathon, day by day, countdown of the top 25 albums from the waning year. This year we will take a bit less ambitious approach, chronicling only the top 10 releases of 2012.  In January, in addition to reviews of brand spanking new music, we will also make occasion to reflect on some of the year's other fine recordings. 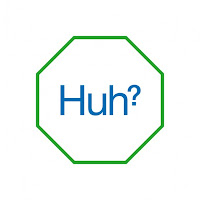 With Pierce undergoing chemotherapy as treatment for liver disease, most of the basic tracks for Sweet Heart were cut in his home studio with a core quartet of Pierce, guitarist/bassist Tony Foster, keyboardist Tom Edwards, and drummer Kevin Bales. Pierce then convened sessions in Iceland (for orchestration) and Los Angeles (backing vocals).
Pierce addresses the ecstasies and depths of self-medication and pharmaceutical exploration, the glory and grime of love, outsider chic and ambiguity-haunted spiritual (soul) searching. Sweet Heart - every ragged, propulsive guitar strum, every blast of horns, swell of strings and massed choir moment, expansively and perfectly encapsulates the Jason Pierce vision. He may have modest vocal and instrumental talents, but he and his band mates perform with absolute conviction and Pierce’s painstaking, perfectionist production gives these tracks a rugged glory that’s positively pop epic.

The Reed/Velvets influence is pervasive, right down to the mirroring in the title (Sweet Heart Sweet Light / White Light White Heat). And ‘Hey Jane’ not only alludes to “Sweet Jane,” but refers directly to the song in the lyric. There’s also a touch of “Search and Destroy” (Iggy and the Stooges – Raw Power) in the lyric’s “ain’t got time” insistence. It’s a massive burner of a performance – spare, convulsive, undeniable. Pierce’s resolute ambivalence is in full sway, Jane herself being both reviled and doted on. Of course ultimately this rock ‘n’ roll obsessed vixen is exactly what the conflicted singer wants, as the coda rocks out with Pierce singing “sweet heart, love of my life.” Well, who said girls were … easy?

Living fully is living with risk of pain, and in “Little Girl” Pierce opens singing “sometimes I wish that I was dead, ‘cos only the living can feel the pain.” It, like the gospel pleader “Life is a Problem,” is a narcotic soul ballad, the sort of cover some wunderkind producer would present to a soul stirrer like Arthur Alexander were he still with us (he’d record for Anti, maybe produced by Joe Henry?). But where “Hey Jane” is finally exultant and “Little Girl and “Life is a Problem” poised, “Get What You Deserve,” is a droning, insistent scorched earth of vengeance and rejection. It’s evinces Zep’s “Kashmir” and evokes George Harrison’s Indian modalities. It’s sweeping, but you feel dirty and drained when it’s done.

Love is a beloved dog (from hell) on “Too Late.” It has a graceful melody that could take wings with a more sumptuously gifted singer, but it couldn’t ring any truer than coming from its composer. Dr. John, who also contributed to Ladies and Gentlemen, co-writes the soul burner “I Am What I Am.” Carried by a catchy bass line drafted from Marvin Gaye’s “Inner City Blues,” the song somehow combines the Doctor’s swampy voodoo, Gaye’s sultry funk, and Pierce’s own drone-rock relentlessness.

Pierce’s appeals to divinity are not the product of devotion to anything but the well of feeling which rock’s musical and literary sources provide. His songs are part plain statement, rooted in autobiography, but also allegory. Nowhere is this better expressed than in the album’s closing track “So Long You Pretty Thing” (co-written with nine year-old daughter, Poppy.) Beyond it’s titular nod to Bowie’s “Oh You Pretty Things,” it sets up an ultimate soul-wrestle between desperation and deliverance, complete with appeals to ‘the Lord’ and ‘Jesus.’ As the song stirs to a climax he seems to be serenading not only a loved one, but also himself -

“So Long You Pretty Thing. God save your little soul. The music that you played so hard ain’t on the radio. And all your dreams of diamond rings. And all that rock and roll can bring you. Sail on. So Long.”

There’s a lot condensed into that lyric; Pierce references the gap between his vision of rock glory and what’s ‘on the radio,’ but his faith in “all that rock and roll can bring” is undaunted. A hymn to resistance more than resignation, it’s an instant classic in Pierce’s rock radio of the mind, and as it rises in intensity it achieves a revivalist fervor that warms any rock ‘n’ roll believers heart. Some records are simple collections of songs. Sweet Heart is a journey into the heart of Jason Pierce’s darkness. And out – into the pure white light of what happens when that perfect rock ‘n’ roll buzz strikes. There may be other records as good as Sweet Heart Sweet Light released in 2012, but I doubt any will be better.