Here, however, is a new review of the No. 4 title: 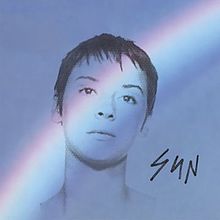 
Since it arrived in my mailbox I have listened to Sun almost daily. Always a fan, this Cat Power album especially touches me. Yet I had not been moved to write about it. It’s one of those albums that you “get” without necessarily having the capacity or inclination to explain. But then when you make it your No. 4 album of 2012 … well, say something you must.

Throughout her early career, Cat Power was painted into the corner of suffering female icon of indie rock. With 1998’s Moon Pix Chan Marshall’s (Cat Power’s given name) inchoate longing began to take on form. On her Covers Record she gave highly personal interpretations of familiar songs, including a quietly killing version of “Satisfaction,’ which bravely eschewed the song’s familiar chorus.


Marshall showed a wider range and quietly soulful touch on albums like The Greatest, recording with the same musicians Al Green used at Hi Studios in Memphis. Jukebox, her second ‘covers’ album, was a step back in terms of authority and consistency, but still had some winning interpretations, especially her Stones-y take on Dylan’s “I Believe in You.”


Throughout her journey, it was Marshall’s wounded, and deeply human voice that commanded attention. Sun turns those wounds into ecstasy and the embrace of our shared humanity. It was a long time in the making and not without travail.


Marshall tried using her live band to record these tunes, but felt the sessions didn’t click. In fact, she halted them to cut Jukebox instead. Then, personal issues intervened. Her record company Matador expressed frustration with her lack of progress and tried to assign her a producer. This irritated her, of course; she lamented "telling [a musician] they need a producer is like telling someone that they need a nose job. It activates something in you that makes you feel like a loser."


After some time away from the concept Marshall heard some Beastie Boys mixes by Philippe Zdar, a member of the band Cassius. On intuition she approached him to help her with these songs. Since she was paying for the sessions herself he worked on contingency, given his belief in the product. Long story short … it worked. Sun combines elements familiar to any Cat Power fan, but combines them with new splashes of electronic sound, creating a new kind of Cat Power music that is brazenly non-idiomatic and powerfully universal.

For a song like “Ruin” Marshall combines a Latin piano riff with Keith Richard’s style guitar punctuations, all on top of a dance-rock groove, supporting a lyrical travelogue that says “we’re sittin’ on a ruin” but lamenting “bitchin’, complainin’,”  - making an implicit argument against Mayan Calendar catastrophe whining. The following track “3, 6, 9” rolls out easy funk, its piano and synthesizer lines sinewy and sensuous, the perfect complement to her tale of ravaged love.


Marshall’s existential credo is clear in “Real Life,” a series of character negations (“I met a doctor, he want to be a dancer/I met a mother, she want to be alone”) with the tough truth that “sometimes you gotta do what you don't’ wanna do, to get away with an unordinary life” – a bit Nietzschean, a bit dharma, all sexy conviction.


But while “Real Life” may flirt with homo superior assertions, “Human Being” asserts everyone’s need for fulfillment and identity. A downbeat cousin to the song of the same name by the New York Dolls, “Human Being” is a chanted claim to the availability of transcendence for all of us.


“All the friends there we used to know, ain’t comin’ back” Marshall coolly opines in “Manhattan.” A beat box rhythm framed by a repeated three chord figure circles through and around the “never leave Manhattan” phrase, insinuating an emotional abyss.


A bluesy riff insistently drives “Silent Machine,” as Marshall sings “you lie, you lie, you lie.” The bluesy wallop surrenders briefly to a bridge that sounds like electric aural cubism.


At 10:57 “Nothing But Time” shares some chords and communion with David Bowie’s “Heroes.” Another amalgam of acoustic piano and synth sounds, Marshall stretches out vowels and words into something like a mantra, culminating in a simple declaration of ‘you wanna live, your way of living.” Simple stuff, but powerful, even ecstatic as it builds; Marshall is joined by Iggy Pop, sounding like some avuncular Buddha. The song ends at about 8 minutes, fades out, then into a coda; all of it too long, but seductive, never feeling like a cheat.


On Sun Chan Marshall is a scarred celebrant, and not just of her own identity and vision, but of a common destiny. In locating her touch, Marshall also composes her most direct set of songs ever – accessible and highly personal at the same time. “Marry me, marry me to the sky” she sings on “Cherokee;” and it’s hard not to be swept away. It took a long time to deliver, but Sun does, making it Cat Power’s (and Chan Marshall’s) strongest song cycle ever.

Reverberating: 9.0
Posted by Unknown at 8:40 AM No comments: