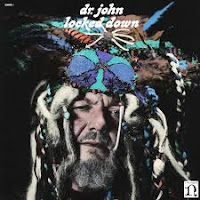 Every music lover has moments of revelation. I still recall vividly the first time I heard the Animals riveting (yes, it was riveting – I know it’s the critical cliché to end all critical clichés, and I don’t care) take on the American folk chestnut “House of the Rising Sun.” It was playing on the car radio. I made my mom leave the car running as we pulled into a parking space in front of my bro’s jewelry store in downtown Lawrence. Never in my sweet, short life had I heard anything like it. I was a pre-teen. My exposure to black music was limited to Nat King Cole and Harry Belafonte; suffice to say Charley Patton wasn’t playing on WHB. The Animals’ singer, Eric Burdon, was from Newcastle, England, but that voice, and its amazing conviction and intensity stemmed from his adoration of the American blues tradition. I didn’t even know it yet, but I was hooked.

The mise en scene of “House of the Rising Sun” was New Orleans. When you’re a white bread kid in the sixth grade from Kansas your impressions of New Orleans came from Al Hirt and Pete Fountain (okay, Louis Armstrong might cross your radar occasionally, but almost as a novelty). That’s what you saw on television. No knock on those dudes, but they represented a commercialized, somewhat sanitized version of the music of New Orleans. That sound occasionally seeped into the pop mainstream of the Sixties. Fats Domino may have been past his chart prime, but songs like “Iko Iko” by the Dixie Cups and the odd hit from Lee Dorsey (especially “Working in a Coal Mine”) gave a hint what was cooking in the Big Easy. Aaron Neville had a hit with “Tell It Like It Is” but its rhythm n’ blues sound was not especially Nawlins-centric.

For me, another revelatory moment was the first time I heard Dr. John – on a short-lived Kansas City underground FM station called KCJC. The tune was “Mama Roux” if I recall correctly. I’d never heard anything quite like it. Heck, most of America hadn’t. The gumbo of styles, representative of New Orleans, that became available to anyone receptive to it in the Seventies, was still underground culturally in 1968. The Meters first album didn’t drop until 1969. Professor Longhair, after recording for several labels in the Fifties with marginal commercial results, was working as a janitor throughout most of the Sixties. The aforementioned chart hits by Dorsey, Neville and the Dixie Cups only hinted at what was going on in the diverse neighborhoods of the Crescent City.

Dr. John, the Night Tripper was a persona created by a Los Angeles based New Orleans ex-pat named Mac Rebennack. Rebennack had played on many recordings as a very young man in New Orleans. He moved on to Los Angeles where he was a go-to session man between 1963 and 1968.

Over the last thirty-some years the Dr. has kept active. As a solo artist he’s responsible for twenty-eight albums. Not bad for a guy who hasn’t had a hit in forty years (1973’s “Right Place, Wrong Time”) and who fought a junk habit until the late Eighties, as I understand it. There’s good music throughout that twenty-eight record catalog; but nothing quite as unique or captivating as those early records – until Locked Down. 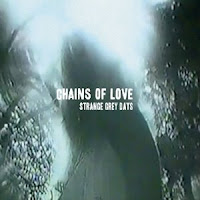 “Chains of Love” is a song title. I know that there are songs by Ryan Adams and Erasure by that title. I could be wrong, but I’m guessing that the naming of Vancouver’s Chains of Love had nothing to do with either of those.


On the other hand the phrase ‘chains of love’ is repeated frequently in the song “Chains,” written by Gerry Goffin and Carole King.  It was a pretty big hit in 1962 for the Cookies. And, oh yeah, some group called the Beatles covered it on their debut album. From listening to the Chains of Love I would guess that they’ve heard Goffin and King’s tune.

The girl-group sounds of the Sixties are an oft-present influence on today’s younger musicians. And why not - it was insanely catchy, melodic music, and while it sometimes reflected more demure and submissive feminine postures, it was in its very presentation and power assertively female. As such it has become a vital resource for many young women musicians fifty years removed from the sound’s beginnings.

Perhaps most remarkable about the Chains of Love sound is that it is a modernization of the girl-group idiom without a specific agenda. Where La Sera and Frankie Rose dive back into Fifties Patti Page-isms, the Dum Dum Girls pursue an Eighties noise-punk sheen, and Cults incorporate beat box, machine music, all Chains of Love do is sound like a rock band – a rock band with a glorified demo for an album called Strange Grey Days.

The rough recording quality is not without charm, although it does shortchange the band’s most potent asset, singer Nathalia Pizarro in the mix. But even in that it succeeds in exuding a real band ethos instead of placing Pizarro apart from or ahead of the band.


In 1969, the critical consensus was that in order for Janis Joplin to ascend to the blues-soul pantheon she needed to ditch the idiosyncratic, psychedelic blues of the Big Brother and the Holding Company. All well and good, except that with a backing band, rather than a band, her sound was generic, creating a mismatch with her more dramatically personal qualities.

The Sixties rock chops of Chains of Love are evident from the “Time of the Season” drop beat, syncopated kick off of “He’s Leaving (with me).” Here, the production ethos reminds of Tim Presley’s band White Fence - all Sixties homage, but part bedroom d.i.y. nonchalance. Striking as Pizarro's near- (Ronnie) Spectorian pipes are, she sounds, and Chains of Love sound most striking when she harmonizes with guitarist Rebecca Marie Law Gray. Between them they evoke the full complement of  Sixties female vocalists, from icons like Mary Weiss to thrilling one-hit wonders like Diane Renay. They’re sweetly aggressive on the declarative “All the Time,” guitarist (and producer) Felix Fung spinning off a stinging solo worthy of vintage Mike Bloomfield, as the band rages shades of Blondie and the Attractions.