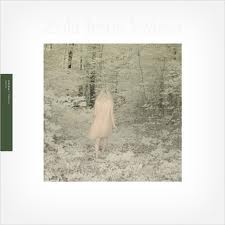 
Nika Rosa Danilova haunts me. Maybe it's some lingering thing for Goth chicks. Hell, I'm as big a schlub for cultivated mystery, ethereal images, and soft focus photography as the next guy. But it has to be something else. Something more.

Oh, it's the voice. It has to be - because the lyrics, while they serve the melodies, and Danilova's angst and alienation, are unremarkable. The instrumental settings are affecting, but not extraordinary. Yeah, got to be the voice. The twenty-one year old Danilova (Zola Jesus the band includes others’ instrumental contributions, but its definitely Danilova’s show) is reputedly classical trained. Maybe so, she certainly has a powerful set of pipes and shows some range on Valusia (her latest recording, a 19-minute extended play). But she’s certainly shed the baggage that typically comes with such experience. Sure, her phrasing can be stentorian, and her tone chilly. But Danilova unmistakably gives in to the pop subtexts of the material and lets the ragged emotional edges emerge when the moment’s right.

And while everyone is quick to acknowledge influences like Siouxsie and Kate Bush, my hunch is that she’s also absorbed a little Bruce Springsteen and Christina Aguilera. Oh, get over it. It always kills me how reviewers try to cite inspirations that will impress one another, rather than actually telling it straight. Besides, I like Springsteen (even Christina ... some). Shoot me.

Valusia’s point of entry “Poor Animal” is about the shocks natural to the human animal; I’m pretty sure. While the electro-synth sounds suggest Eighties electro-pop, I can also hear something in Danilova’s phrasing that makes me think she’d do a bang-up job interpreting the Replacement’s “Can’t Hardly Wait.”

On “Tower” Danilova asserts that she’s “not alone in the tower,” yet the emotional release in the performance comes with the line “and it feels like I’m the only one” (onomatopoetically, it’s a cappella). But Goth-pop poetics needn’t be rationally consistent. Nope, not at all.

On the cryptically entitled “Sea Talk,” Danilova’s alto sheds the cold electro-chanteuse business and goes husky. The arc of the melody evokes the timeless teenage heartache of Dolores “La La” Brooks, immortalized with such Phil Spector produced hits as “Da Doo Ron Ron” and  “Then He Kissed Me” singing lead (along with Darlene Love) in the Crystals. Danilova pleads “I can’t afford you," and you get the feeling that it ain’t money she’s singing about. The rhythm is somewhere between Teutonic march and dance music. You can almost Madonna sounding like this if her voice was more prepossessing and her phrasing more elegant. Okay, it’s a stretch.

Valusia closes with the throbbing piano ballad “Lightsick.” When Danilova sings the words “starry end” there’s something in that emotional space – both sensual and chaste – that suggests Laura Nyro, especially the lyric resemblance to Nyro’s “Stony End.” As Danilova ponders what happens “when the lights go out on us” I flash on the Stones’ “Gimme Shelter” and wonder if love’s just a kiss away or something foreboding awaits in the dark. Like much of Valusia, there's something both thrilling and chilling about it.

I’m only marginally familiar with Danilova’s work prior to Valusia. I may have to get better acquainted with it. Or maybe not. Somehow, Valusia feels like the perfect introduction to Zola Jesus and the haunting, beautiful voice of Nika Rosa Danilova.

Reverberating: 8.5
Posted by Unknown at 9:53 PM No comments: