Welcome to the top 25 for 2010 Countdown! Each day we'll countdown, today we continue with number 5, culminating with our (okay, my) numero uno album of the year. When they're handy I'll borrow my earlier reviews from the KC Free Press. Their site has gone dark, but I am able to salvage those reviews from my original files, generally.

The No. 5 selection on the Countdown is a little unusual. It honors the prolific and exciting output from Kansas City's Bleach Bloodz. They've released a studio album, a live album, and a studio ep over the course of the past twelve months. There have been really fine releases from innumerable local and regional artists in 2010, some of which I will discuss at more length in later posts. But the Bloodz, in terms of the quality of their work, its sheer volume, and the way it resonates for this writer, stand out among them for this past year.

I didn't review Live and Raw, a document of their rockin' February performance at Midwest Music. For the record, it's a scorcher and a treat from start to finish. My KC Free Press reviews of Pure Rock N Roll and Devil Magick are included below. 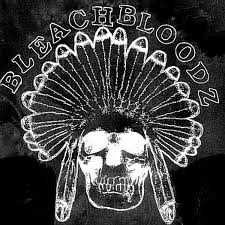 The midtown hipsters who dominate the local music scene probably don’t know what to make of the Bleach Bloodz. They rock out. They don’t sound like they are obsessed with college radio playlists. Or Pitchfork. They hail from Smithville - the Northland, not exactly Bohemian Central. But like the Rich Boys before them (two of the Bleach Bloodz are alumni), the Bleach Bloodz are putting the Northland on the KC rock n’ roll map in a big way. And attitude from hipsters … the Bleach Bloodz could give two shits.
I confess. I read the local press on Bleach Bloodz before writing this review. You know, for perspective. Okay - To summarize: Local scribes seem to like the band, as well they should. But while getting high marks for energy and soul, the band seems to consistently suffer the writer’s digs concerning a lack of originality. When a band is committed to a forty year-old template for rock n’ roll this critical caveat sounds justified. At first. Upon further consideration it’s, how shall I say it – a bunch of reflexive, tired, elitist crap.
Allow me a rhetorical question: Is a band necessarily more “original” if they reflect the influence of the Arcade Fire or Will Oldham rather than the Rolling Stones?  The answer? Let me help you – it’s NO. All artists base their sound on a set of aesthetic principles, stated or implicit. Everyone is influenced. Besides, one can be original and stink out loud. The more significant issues for the critic and the listener are two-fold: Do you like the influences that inform an artist’s work? And does the artist bring something vital and personal to those inspirations?
I think Bleach Bloodz, and their debut album Pure Rock N Roll, are pretty tremendous based on my answers (yes … and plenty) to those two questions. Bleach Bloodz’s music recalls the Rolling Stones before they labored under the yoke of being “the greatest rock n’roll band in the world.” Bleach Bloodz’s sound also echoes the entire “Nuggets” garage-rock idiom (the “cool” stuff like Chocolate Watch Band, as well as the pop tip represented by Paul Revere & the Raiders), and the bedrock stylings of Fifties Sun Records artists (especially the Killer, Jerry Lee Lewis). And as prevalent as the Stones/Dolls/Nuggets template is, there are songs on “Pure Rock N Roll” that divert a little from the playbook. “Average Guy,” for instance, delivers a distinctly Midwestern take on the Lou Reed songbook, sounding like a cool out-take from Loaded.
When you check out their myspace page you’ll see a laundry list of the band’s inspirations. Most of them are razor sharp and audible in the group’s music. The band have described themselves as “six not very cool guys making music inspired by cooler guys.” But no doubt, John Lennon and Brian Jones felt the same way in 1962.
Singer Troy Geoghegan (previously bassist with the Rich Boys), for all the Mick Jagger references he gets and will continue to get, more resembles the less known, but influential Roy Loney. Loney was the vocalist for the Flamin’ Groovies on their classic albums Flamingo and Teenage Head. Keith Richards is reputed to have said that Teenage Head was better than Sticky Fingers. Keith was probably right. The Groovies learned many lessons from the Stones, but they had, as the Bleach Bloodz have, a distinctly American sound, incorporating the hillbilly wail of Billy Lee Riley and the adrenalized punk snarl of the Stooges. Geoghegan’s presence helps distinguish Bleach Bloodz from the darker Stones clones like the Chesterfield Kings. He gives identity to a band that already has plenty of personality, humor being a saving grace for the Bleach Bloodz. It’s humor with a snotty, sexy edge that never turns to caricature, although the bitch slapping tone of “Quit Talkin” actually subverts the Iggy-esque (“Hard to Beat (Your Pretty Face is Going to Hell)” comes to mind) edge of the performance.
Guitarists Kyle Kampman (Carl Redcorn in the Rich Boys) and Steven Mack have studied well at the hands of master Richards (as well as the MC5, I suspect), and on “Til It’s Gone” Kampman sprays Johnny Thunders licks (noisier, more severely bent strings then the Stones/Sixties garage rock sound), while Micah Boise pounds out the “Personality Crisis” piano. Boise on keyboards brings the serious roll (not just rock) to songs like “Gotta Feelin.” His swinging feel marks him as a descendant of Jerry Lee Lewis, Ian Stuart and Alan Price. Boise brings an important instrumental voice to the band, especially in an idiom so guitar saturated.
Bassist Vincent Lawhon and drummer Jerad Meadows do more than hold down the groove, they drive it home. Meadows is more Jerry Nolan (Dolls) than Charlie Watts and his powerful playing is a big part of what keeps Bleach Bloodz from sounding like some fawning Sixties idol worshippers. I’ve heard bands with similar influences play it too conservatively. They wind up sounding like the rock n’roll version of the Dixieland bands that played in pizza parlors when I was a kid (Shakey’s anybody?). Bleach Bloodz avoid such peril by flat kicking out the jams!
Pure Rock N Roll lives up to its name. This record, like the band’s live show, is terrifically entertaining. This is slinky, swinging rock music- the kind that Trustafarian bands in college towns don’t deliver. The Bleach Bloodz are already recording new tracks, including some they describe as “psychedelic.” I think their intent is to retain the directness and simplicity of their music while expanding its’ stylistic range. Hey, that worked pretty well for the Rolling Stones.
-----------------------------------------------------------------------
Bleach Bloodz – Devil Magick (local release, available at better independent record dealers and on-line from CD Baby)
“Rockin’ new sounds from K.C.’s kings of the garage” 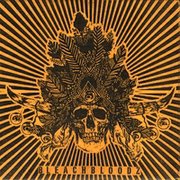 Pure Rock N Roll by the Bleach Bloodz was the best album from a Kansas City rock band in recent memory. Recorded by the six-piece lineup of the band in 2009, it put their distinctive K.C. spin on a vital rock style descended from the Rolling Stones and the New York Dolls.  The past six months have seen the Bleach Bloodz shrink by half. Now a trio, it’s taken the Bloodz a while to find their bearings. Their first gigs as a three piece were entertaining, but tentative. When they played the Crosstown Station this past Friday, though, they demonstrated that the trio version of the band has sorted things out.
Their set at Crosstown emphasized new material; the new originals built around the band’s own brand of New York rock, reflecting the influence of the Velvet Underground and the Ramones, as well as a taste of the Thirteenth Floor Elevators, the Sonics, and every Nuggets and Pebbles collection. References aside, they sounded like the Bleach Bloodz - a lean, mean retooled version of a damn good band.
Recorded as a quartet with departed guitarist Kyle Kampman, Devil Magick offers hints of where the Bleach Bloodz is headed as a band. Even with Kampman still in the fold you can hear his stamp on the band’s music slipping away. And indeed there’s little if anything here that guitarist Vincent Lawhon can’t and hasn’t covered in performance. Lead vocalist Troy Geoghegan returns to bass (the instrument he played in the first edition of the Rich Boys). Jerad Meadows’ propulsive drumming continues to drive the band. Lawhon’s and Meadow’s background and harmony vocals get more emphasis in the trio format, and on the five tracks on Devil Magick.
“Sand Vibes” has a western (minus the country), hayride from hell quality reminiscent of the Gun Club. “I Wanna Tell You” recasts the Ramones as Hamburg vintage Beatles – Geoghegan’s Joey-meets-John vocals grabbing you by the scruff of the neck. In a bland universe of indie-rock singers, Geoghegan is the real deal, an unafraid disciple of rock’s commanding lead voices. In fact, if I have a complaint with Devil Magick it’s  that some of the mixes here tend to obscure his vocals. With both the band (and Troy’s voice) a tad too far into the red, tracks like “Tryin’ to Find” bury his singing, submerging his serious anima. My advice: put the boy front and center; he commands attention. Like the Black Lips, they’re better off keeping the mixing board voodoo to a minimum.
The title track and “Goin’ Down” each betray the Velvets influences in different ways. “Devil Magick” has the insistent VU rhythm that the Dandy Warhols and Brian Jonestown Massacre, among others, have employed to good effect. “Goin’ Down” put the vocals forward and has a nice “Here We Go Again” vibe.
Five new tracks from Kansas  City’s best rock n’roll band, Devil Magick is a snapshot  of a band in transition – flawed, but glorious. Devil Magick will be available at Bleach Bloodz shows, from selected retail outlets and from CD Baby.
Reverberating: A collective 9.2
Posted by Unknown at 9:16 PM 1 comment: