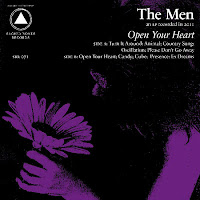 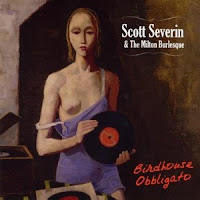 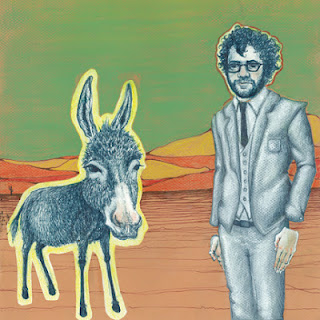 The enigma that is John Wesley Coleman III … ah, never mind. Enigma, my ass. I don’t know that much about the guy, that’s all. Let’s see, he’s from Texas. He plays in a band called the Golden Boys – don’t know much about them either. He records for the Memphis mavericks at the Goner Records label and had a previous album on the label called The Bad Lady Goes to Jail. I have it. It’s pretty good. But I don’t remember all that much about it … too. Got it on the shelf, where records that I like go (unlike the ones that suck). But I’m going to remember his new record a lot better. It’s called The Last Donkey Show and I’ll remember it because I like it more. I’ve been listening to it a lot. And because I’m writing this damn review.
Coleman is a rock ‘n’ roll junkman. His mind works like a radio receiver that gets random transmissions from the last five decades of rock and country music. Recorded in Oakland, CA and Coleman’s native Texas, Donkey Show is produced by Greg Ashley of the Gris Gris, who’s worked with bands like the Impediments and is clearly Coleman’s kindred spirit.
Coleman is expressive, poetic in a junkman’s way – mostly he comes up with an idea or an image and lets it roll. It works. “There’s a woman looking for me in the dark; she won’t leave me alone” he sings on “My Grave.” It’s sung to a tune that borrows a tad from Roky Erickson’s “Starry Eyes” with an arrangement that calls to mind the Sir Douglas Quintet, Swingin’ Medallions and the Attractions. Coleman likes the sublime sounds of vintage electric keyboards like the Farfisa and Vox Continental, sounds at once majestic and cheesy. That sound predominates on the title cut and “Virgin Mary Queen.” The former kicks off with a ‘dearly beloved’ organ intro, turning into prom-rock with a Ringo back beat, Coleman singing like a charbroiled Peter Perrett; on “Virgin” Coleman engages his inner Iggy, but mixes him with a touch of Kris Kristofferson. With its Flannery O’Connor ambience “Virgin” sounds like the aural equivalent of a William Eggleston photograph, full of that mysterious mix of the banal and the incredible that characterizes the southern American psychic landscape.
Read more »
Posted by Unknown at 9:26 PM 4 comments: