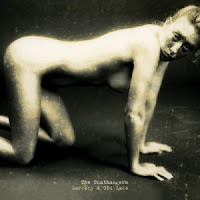 Imagine a frolicsome female foursome twisting the Runaways’ “Cherry Bomb” into a Marilyn Manson parody. It’s funny, rocking and a little chilling. Welcome to Larceny & Old Lace, the third album from Atlanta’s Coathangers. The song in question, “Hurricane,” is exhibit ‘A’ in the Coathangers aesthetic – an anything goes as long as they’re having a good time modus operandi that serves them well. Their sound is rooted in the brittle declarations of Riot Grrrl 1993 (think Bikini Kill, Huggy Bear … but L7 and Babes in Toyland, too) and the angular chord-free dance-punk of early Eighties No-Wave. But the Coathangers are anything but orthodox; if it falls into their processor, they’re about hitting the switch.
You can hear the dark echoes of girl group sounds on songs like “Go Away.” The vocal is sweet, but with undertones of Yoko Ono desperation. In this case the ladies are intent on having some guy stray (hell, cheat … just go away), all delivered to a Magnus chord organ sounding keyboard tease and the sass of Blondie’s “Just Go Away” (the songs’ near namesake). But it’s not as if the Coathangers aren’t longing for love. Sure they are. On “Trailer Park Boneyard,” to the accompaniment of a rattling guitar figure (Echo, Cure, post-punk vintage), they project their characteristic sweet to shriek vocal identity, hoping for love as transformation (‘cuz I’m always nowhere and I can’t be me’). Generally it’s guitarist Julia Kugel doing the girlier parts and drummer Stephanie Luke executing the Kat Bjelland wail. But ya gotta be careful - they trade vocals and instruments, and even vocal identities; theirs is the kind of collective art that emerged from friendship before musicianship. And their developing musicality hasn’t diminished their expressionist vibe.
Read more »
Posted by Unknown at 6:33 PM No comments:

Pete and the Pirates - One Thousand Pictures (Stolen Recordings/U.K.) 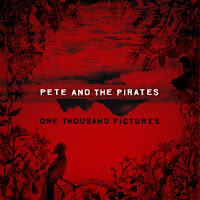 I guess they’re called Pete and the Pirates because they have two guys named Pete in the band. Otherwise, who knows, they might have been called Tom and the Tyrants (the lead singer’s name is Thomas Sanders). Frankly, it doesn’t seem like a name that was given a lot of thought. But what’s in a name; it’s what’s in the grooves, as they used to say when there were grooves. But I digress.
It’s their second album, you see, and it’s entitled One Thousand Pictures. And a stumble or two notwithstanding it’s really, really good. I suppose by the industrial standards of British rock they’d be considered an ‘indie’ band. But let me tell you right now – that means something very different with respect to music than it does in the States. Where Amer-indie rock is dominated by post-graduates cooking up genre jokes and goofball aesthetic strategies, young British musicians by and large aren’t afraid of: a) melody and b) making records that sound like they were actually trying to make the songs sound good. Crazy, I know. Hell, I’m even getting aural fatigue from my beloved American garage-rock. Seriously, does everybody have to shoot for a sonic spectrum that tries, usually in vain, to aspire to the sound limitations of a scratchy Sixties rhythm ‘n’ blues single? A Thousand Pictures, without being in the least ‘over-produced,’ sounds big. You can hear all the parts, distinguish the voices – the production enhances the performances. End of rant.
Read more »
Posted by Unknown at 9:59 AM 1 comment: 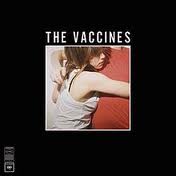 Email ThisBlogThis!Share to TwitterShare to FacebookShare to Pinterest
Labels: Amanda Noorgard, C86, Libertines, NME, Vaccines, Velvet Underground, What Did You Expect From the Vaccines 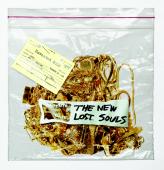 What started as a few friends blasting old Kinks songs gradually became a band devoted to writing and arranging original material. Unwanted Gold, the New Lost Souls’ debut, isn’t a knock your socks off at first listen record. Sometimes, frankly, those records fade quickly. Unwanted Gold is a grower, an album whose modest charms grow on you as you gradually appreciate what a steady, smart, rocking piece of work it is.
Read more »
Posted by Unknown at 5:41 PM 1 comment: 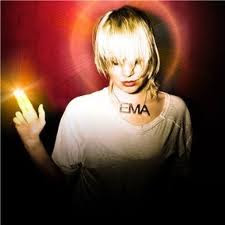 I paid limited attention to Erika M. Anderson’s passage through the ensembles Amps for Christ andGowns. I’m not even sure I know what AFC tracks she contributed to. Their stuff only engages me a little. I couldn’t call myself a fan. And while I enjoyed part of Red State, the album Anderson and her collaborator Ezra Buchla recorded as Gowns in 2008, I wasn’t, you know, transformed. With Past Life of Martyred Saints I surrender.
As EMA (Erika M. Anderson), Anderson takes all the archetypal, iconic female artist references, puts them in a bag, shakes them up and out spills something that’s sounds influenced, for sure, but finally unique. Let’s name them: you know, get it out of the way (we’ll return to the relevant ones where necessary) – Patti  Smith, PJ Harvey, Tori Amos, Cat Power, Courtney Love (nah, sorry, don’t hear it – although I do hear Kurt). Forget about that, though. Past Life Martyred Saints is a cogent, compelling work and a doozy of a solo debut from EMA. Anderson has a sympathetic supporting cast, but she’s responsible for the songs, lead vocals and plenty of guitars. Buchla remains as a central contributor on this record, spreading plenty of John Cale magic (keys and viola) that occasionally evokes the sound of vintage Nico.
Read more »
Posted by Unknown at 8:38 AM No comments: