Memphis has long been the place where the rural cultures of the Deep South meet and mix. It was surely the case before Sam Phillips put the ignition in the mighty motor of Sun Records in 1952. But Sun does provide the most obvious and optimal example of Memphis’s place in American musical experience. While Phillips first recorded the likes of Howlin’ Wolf, he made his fortune discovering white performers whose influences were reflective of an emerging South where, prior to but anticipating the social convulsions of the Sixties, whites were being entertained by black performers and vice versa. Well before schools and lunch counters integrated, Southerners radio dial and record shop preferences were crossing racial lines.

What’s this got to do with Jack Oblivian? Lots, as it turns out. Oblivian (or Yarber as his ma and pa know him), is a modern day Memphis mixer, putting together stray stands from Fresno blues to Carolina beach music, from the Stooges to Springsteen and the Clash, he’s a working class musical magpie, and in top form on his new release Rat City.
With Greg (Oblivian) Cartwright and Eric (Oblivian) Freidl in the Oblivians, he became an icon of the (re)emerging garage-rock genre by blasting grease pit , r ‘n’ b infused rock ‘n’ roll at punk tempos. As a soloist (and with his nominal ‘band’ the Tennessee Tearjerkers) Oblivian has purveyed a slightly grown up version of the same thing. He’s become a better singer and musician, and it sounds like he’s running his beloved cheap Jap guitars through better amps in better studios (actually, the portability/affordability of good recording gear is probably the bigger change). But he’s still a thrift shop recycler. And his uncanny ear for sweaty hooks and grooves is sharper than ever.
Read more »
Posted by Unknown at 10:19 AM No comments: 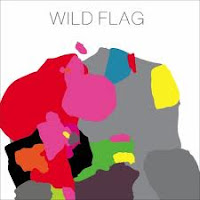 Owen Holmes hails from Jacksonville, Florida. Wow, there’s one place I’ve never wanted to go. Already, I digress.
He plays bass for the Black Kids. They’re okay, I guess; hadn’t really given them much thought. If his (mostly) solo project Gospel Music is any indication, though, Holmes has a solid future as a singer-songwriter. And not one of those boring, self-indulgent ones, but more like an entertaining, diverting, poetic and self-indulgent one – hey, the last goes with the territory. Pretty much. 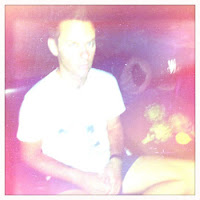 Recorded at home in the Sunshine state, How to Get to Heaven From Jacksonville, FL is a small treasure for anyone attracted to literate, self-abasing humor and primitive, but musical melodicism. Taking substantial cues from Lou Reed and Stephin Merritt, Holmes writes with pith and wit about romantic mismatch (“Bird/Fish”), romantic despair (“This Town Doesn’t Have Enough Bars for Both of Us”), romantic betrayal (“I Shared Too Much with Her”) and romantic resignation (“Bedroom Farce”). He self-accompanies these little morsels with sharp, spare instrumentation that concentrates on acoustic guitar, toy piano and ukulele, fleshed out with all manner of instrumentation, including the standard bass and drums (he even uses banjo without making me grab for my faux-Americana annihilator … a handy weapon, indeed). With limited chops, Holmes makes the most out of nifty little framing lines on guitar, bits and pieces of melodic guitar-age, stray elements of this and that, from the Velvets to the Ventures.
Read more »
Posted by Unknown at 12:26 PM 1 comment:

Jim Jones has been knocking around the British rock scene since the late Eighties. His previous band, Thee Hypnotics, combined blues and psychedelic influences, tending toward long-ass jams that weren’t terribly removed from, uh, stoner rock. And in 2004 he formed the Jim Jones Revue. With the band’s new album, Burning Your House Down, I’m pretty much ready to swallow their Kool-Aid. 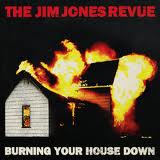 The JJR was described by one critic, more or less aptly, as “a car crash between Little Richard and the MC5.” Okay, the imagery is a little violent and jejune. It’s also not that far off.
Instead of Thee Hypnotics’ blitzed jams,  the JJR favor short, jagged bursts of maniacal rock ‘n’ roll that pay homage to the primordial intensities of Fifties fathers like Little Richard and Jerry Lee Lewis. But Fifties homage this ain’t. Like the Jon Spencer Blues Explosion, the JJR take full advantage of the last several decades’ worth of sonic advances and abrasion. Certainly, among their inspirations, you could include the MC5, Stooges, New York Dolls, and the Sonics. And if that’s stoner rock it’s for much shorter attention spans, as the bug-eyed speed-freak rock of Burning Your House Down attests.
Read more »
Posted by Unknown at 9:11 AM No comments: