The Countdown Continues with No. 8, Eleanor Friedberger 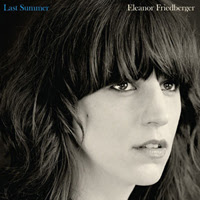 The number eight selection, Eleanor Friedberger's Last Summer was reviewed for REVERBERATIONS in August.
Here's a link to that review:
http://stevemahoot.blogspot.com/2011/08/eleanor-friedberger-last-summer-merge.html
Posted by Unknown at 10:30 AM No comments: