The Countdown Concludes with No. 1 (hint: it's a tie)

Here the Countdown concludes. 2011 won't entirely be dismissed yet. I plan on some pieces that discuss certain records that didn't make the Countdown for one reason or another, and I plan on discussing some late year releases that I didn't have time to absorb sufficiently, albums that I may include on 2012's Countdown (Black Keys, Betty Wright, Atlas Shrugged, and others). But still, as the Countdown reaches its end I feel gratitude for this gift called music, an art I can scarcely contemplate living without. My life was indeed saved by Rock 'n' Roll.
Let's take a moment to look at some really fine records, previously discussed during the Countdown - numbers 3-25. In descending order, here they are:
25. Kurt Vile - Smoke Ring for my Halo (Matador)
24. Fountains of Wayne - Sky Full of Holes (Yep Roc)
23. Bass Drum of Death - GB City (Fat Possum)
22. Coathangers - Larceny and Old Lace (Suicide Squeeze)
21. Meg Baird - Seasons on Earth (Drag City)
20. White Fence - Is Growing Faith (Woodsist) 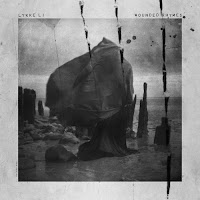 Wow, you say, that’s a copout. To which I would reply, you’re damn right it is. And the countdown, by its very nature, has given me plenty of time to deliberate. I’ll be honest; when I gave my top ten to the Kansas City Star, Lawrence Journal World and other media I provided a list in no fixed order.

But now the time has come to embrace the fact that Lykke Li and EMA were in a real horse race. And they both won. 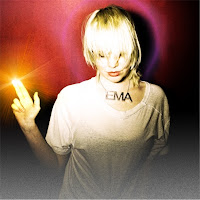 When I thought it over, in an effort to pick one over the other, it came down to a choice between very good work that engages the mainstream (Lykke Li) and very good work that eschews such considerations utterly (EMA). Both artists made really good records, both have a particular kind of artistic courage. Ms. Li’s courage is to have created a piece of work that’s personal, expressive, and still addresses a potential mainstream audience. While her songs and vision are individual, even idiosyncratic, her production values could engage the average listener, someone who enjoys Madonna, or Lady Gaga. Li records for a major label (Atlantic) and doesn’t back away from the responsibility and potential that suggests. Ms. Anderson’s (EMA=Erika M. Anderson) courage, recording for a small indie label like Souterrain Transmission, lies in having created an intensely personal, all studs showing collection of songs that engage noise and dissonance and all of your alternative-rock values without sacrificing song craft. As women artists both exude confidence and authority at the same time their lyrics speak to human (not just female) emotional vulnerabilities.

In a year that offered a high number of really good, but few great records, Lykke Li’s Wounded Rhymes and EMA’s Past Life Martyred Saints asserted themselves over and over. Two songs in particular impressed me and moved me. Li’s “Sadness is a Blessing,” a majestic ode to romantic melancholia, a song that sounded utterly modern, yet evoked the very essence of Sixties girl group sound and sensibility, is a song that haunted me all year. Anderson’s “Red Star,” a rambling, slow burning song (a power ballad for freaks who don’t like power ballads) builds inexorably toward an emotional crescendo (“But I’m sick of waiting ‘round this birdhouse for enough flesh wounds to make a kill; I know nothing lasts forever, if you won’t love me someone will”), then builds again into a powerful coda as Anderson’s repeats “like a Red Star” and guitars and drums thrash away, and harmonies stack dramatically. Both songs transform me, delivering on a great pop promise that’s rarely fulfilled. Or as David Bowie sang – “Ain’t there one damn song that can make me break down and cry.” Well David, “Sadness is a Blessing” and “Red Star” do the job for me.
The original reviews for both Past Life Martyred Saints by EMA and Wounded Rhymes by Lykke Li are linked below:
http://stevemahoot.blogspot.com/2011/03/reverberations-on-lykke-li-and-wounded.html
http://stevemahoot.blogspot.com/2011/06/ema-past-life-martyred-saints.html

Posted by Unknown at 7:24 PM No comments:

The Countdown Continues with No. 3, Wire.

Continuing today, and culminating with REVERBERATIONS number one album of the year, we’ll be counting down the top twenty-five records of 2011. I’m referring to this countdown as Twenty-five Faves because I have no pretenses about telling you what’s “best.” Sure, I think my taste is better than yours. But nobody died and made me Lester Bangs. And Lester could be arrogant, but I kind of think he would come down on the favorite side of the fave/best dichotomy. His criticism was nothing if not personal.
I've reviewed the majority of these selections. In the event that I have I'll simply recycle the original reviews, sometimes with a little new commentary. If it's a selection I haven't reviewed previously, I will dash off a new, brief, introductory review just for perspective. 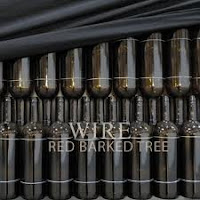 Waaaaaaaaaaaaaaaaaay back in January I reviewed our No. 3 release in the Countdown for the Kansas City Star. As I described them in the review Wire were punk by proximity, but their long, oft interrupted career has produced some real milestones. In 2011 they added another, not something you can say about many 'punk' bands from 1977, right?
Here's the link to my review of Wire's Red Barked Tree (Pink Flag Records):
http://backtorockville.typepad.com/back_to_rockville/2011/01/new-music-alert-reliable-wire-and-more.html
Posted by Unknown at 8:32 AM No comments: