The 2011 Countdown Continues with No. 14, Laura Marling


Continuing today, and culminating with REVERBERATIONS number one album of the year on December 31st (if my math is right)*, we’ll be counting down the top twenty-five records of 2011. I’m referring to this countdown as Twenty-five Faves because I have no pretenses about telling you what’s “best.” Sure, I think my taste is better than yours. But nobody died and made me Lester Bangs. And Lester could be arrogant, but I kind of think he would come down on the favorite side of the fave/best dichotomy. His criticism was nothing if not personal.
* Okay, maybe it will take a little longer. 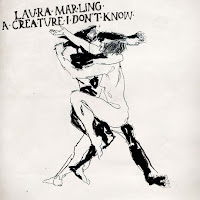 At No. 14, a new review of a tremendous record by Laura Marling called A Creature I Don't Know (Ribbon Records):