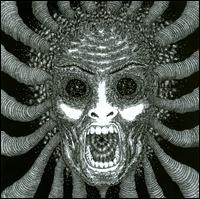 “I Bought My Eyes” (even the title sounds kinda Roky-ish) has spooky harmonies, like some Left Banke from hell, or at least B.O.C.’s rehearsal space. Emily Rose Epstein’s drumming is equal parts drive and splatter, perfect for this music.  Segall and guitarist Charles Moothart go for shards and splinters, but harmonies, too.

I sorta thought the title track should be a short fingerpicked guitar interlude. For, you know, comic relief. Instead it sounds like Pere Ubu scoring Saw XVII. “The Tongue” is as close as anything here to Segall’s punk-pop material, not the Tacos de Lengua shred you might expect.  It sounds a little like Nirvana before they stopped having fun, too.

“Tell Me Whats (sic) Inside Your Heart” starts with some cool Renaissance Festival harmony guitar shit before morphing into, well, the Vines. And damn it, that’s okay – that Craig Nichols kid is talented. Groovy ‘oohs’ throughout, leading back into the Ren Fair, fucked up Sabs meet Tull guitar stuff.  But before it’s all over it sounds like the Nuge soloing over Radio Birdman. Crazeeee. Ended by, you guessed it, screams and this monster, descending metal riff.
Mikal Cronin’s bass introduces “Wave Goodbye,” before a guitar assault asserts.  And that Sabs thing, that’s going on here, too – track concludes with twin guitar spray from Segall and Moothart.  No metal overtones on “Muscle Man,” it’s mostly “Nuggets” vibe with post-68 blow-out guitar thrown in for good measure. Honest to God, this reminds me of half the bands I heard rehearsing when I walked through the student ghettos of Lawrence, Kansas in 1970, shades of the Burlington Express, baby (later the Wizard from Kansas … album on Mercury, check’em out).

What follows is the weirdest Fred Neil cover ever. The Segall Band’s take on “The Bag I’m In” is what would happen if the Stooges had decided to do the Bleecker Street Songbook instead of “Death Trip” in London in 1972. And then … Bo Diddley’s “Diddy Wah (Diddy)” – well, almost. The band’s assault on Bo Diddley features the guitarists squeezing out some ooze that sounds like Ron Asheton playing with himself on “Down on the Street” before collapsing into chaos and Segall proclaiming “fuck this fucking song.” Hey punk, next time practice your stinkin’ Bo Diddley, huh?

“Mary Ann” is a bit of an anomaly here, a driving pop-rocker, longer on “Sister Ray’ surge than metallic doom.

The last ten minutes of so of Slaughterhouse is devoted to “Fuzz War,” which is pretty well summarized by the title. It’s a howling mess of guitar distortion and drums. But remember that midnight ride I mentioned? Sometimes this is the sound in your head.